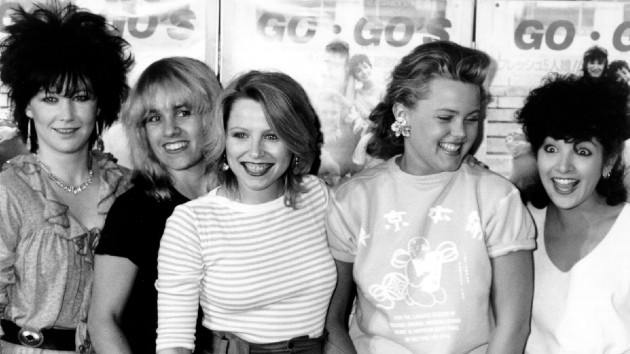 After years of hearing that there aren’t enough women in the Rock and Roll Hall of Fame, it seems as though this year, the powers that be got the message.  Out of the 16 artists nominated for induction this year, seven are women.

Among the female first-time nominees: The Go-Go’s, Dionne Warwick, and Carole King as a performer — she’s already in the Hall as a non-performer for her songwriting.  Other female nominees are on the ballot again this year: Chaka Khan, Kate Bush, Tina Turner and Mary J. Blige.

“I think The Go-Go’s are probably the number-one artist that we get fan mail about right now — people are really excited,” Rock Hall V.P. of Education Jason Hanley tells ABC Audio of the band’s nomination.

Should Tina or Carole be elected, they’ll be the second and third female artists to be inducted twice, after Stevie Nicks.  Tina is already a Rock Hall member as half of Ike & Tina Turner.

“There’s so many great female artists, people of color in the history of rock and roll, and so many different musical styles,” notes Hanley. “…I think it’s great, and I think it’s probably a trend we’re going to see continue moving forward as well.”

The inductees will be announced in May 2021, while the induction ceremony will take place this fall in Cleveland, Ohio. Today through April 30, fans can vote at RockHall.com for their favorites.