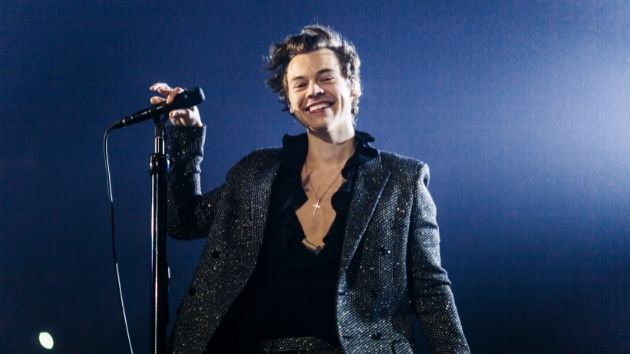 Harry Styles was in the Halloween spirit this weekend, dressing up as Dorothy from The Wizard of Oz.

On Saturday, the pop star performed the first of his two “Harryween” shows at New York’s Madison Square Garden decked out as the iconic Dorothy. Photos show Styles rocking a short-sleeve blue and white checkered dress with red tights, a matching hair bow and, of course, the sparkly ruby red shoes. He also wore makeup to match and carried around a basket that contained a stuffed version of Toto.

Harry seemed to really enjoy his look, and even pranced around the stage declaring, “I’m cute,” in a moment that was captured on video by a fan.

The “Watermelon Sugar” singer wasn’t the only one in costume, though. The band also joined him, dressing up as the Cowardly Lion, the Glenda the Good Witch, the Tin Man, the Wicked Witch of the West, and various other characters from The Wizard of Oz.

And, for the icing on the cake, in addition to performing his hit records, Styles and his crew performed “Somewhere Over the Rainbow,” the Academy award-winning song from the 1939 film.