Michael Bublé's lockdown silver lining: "I got to be a dad" 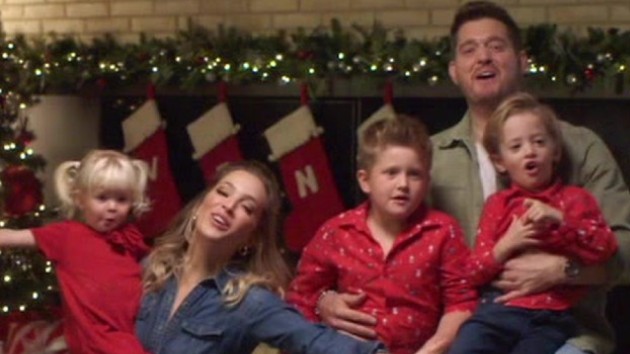 During the pandemic, Michael Bublé hasn’t been able to tour.  While this period of forced inactivity hasn’t led to any specific insights about himself, Michael says overall, it’s been a positive experience — and he knows he’s lucky to be able say that.

“Honestly, I learned everything that I had to learn when my family went through with my son’s illness,” Michael tells ABC Audio, referring to his son Noah’s cancer battle. “I think I realized in very few moments exactly who I was and what mattered to me.”

While stuck at home, Michael’s been making music, doing charity work, and making funny videos with his wife. But there’s one specific thing that he says has made it bearable.

“I want to be so careful of how I say it: I have friends that have lost too many people, and so I understand how soul-crushing this has been for people. I mean, life-changing,” he explains. “There’ll be an empty feeling in their guts forever. But at the same time — I loved that I had a chance to just be with my kids.”

“I got to be a dad, and it’s been pretty beautiful for me to just be a dad,” says Michael, who has three young children. “Y’know, there’s no distraction from that.”

“And I know that…it’s time to get back,” he adds wistfully. “But it’s been kind of nice.”

It remains to be seen if the singer’s attempt to get back to work is successful: He’s rescheduled his tour to begin in the U.K. in July, and in the U.S. in August.  Hopefully, by then, the pandemic will be under control enough to allow it to proceed.