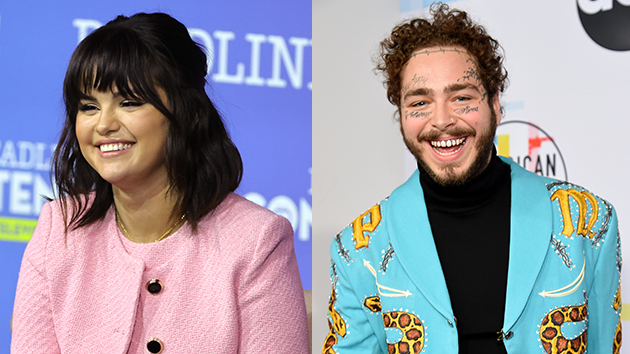 Ladies and gentleman, Selena Gomez and Post Malone are heading to Saturday Night Live as respective host and musical guest.

The duo will take over the New York City stage on May 14.  This marks Selena’s first time as SNL host and Post’s debut as musical guest.

“Mom…I think I’ve made it,” Selena wrote on Instagram along with a crying emoji. “so grateful and so excited. See you May 14!!!”

Details about what to expect are under wraps, but both singers have plenty to promote during their SNL stint.

The second season of Selena’s Only Murders in the Building, which also stars comedians Steve Martin and Martin Short, premieres on Hulu on June 28.  The first season ended on a cliffhanger, with Selena’s character, Mabel, covered in blood and swearing she didn’t murder the building’s lead board member, Bunny.  All three main characters are led away in handcuffs.

As for Posty, his fourth studio album Twelve Carat Toothache arrives June 3.  He hasn’t released an album since 2019’s Hollywood’s Bleeding.  The “Circles” singer also recently revealed that he’s expecting a child with his girlfriend.  “I’m excited for this next chapter in my life, I’m the happiest I’ve ever been,” he told TMZ earlier this week.