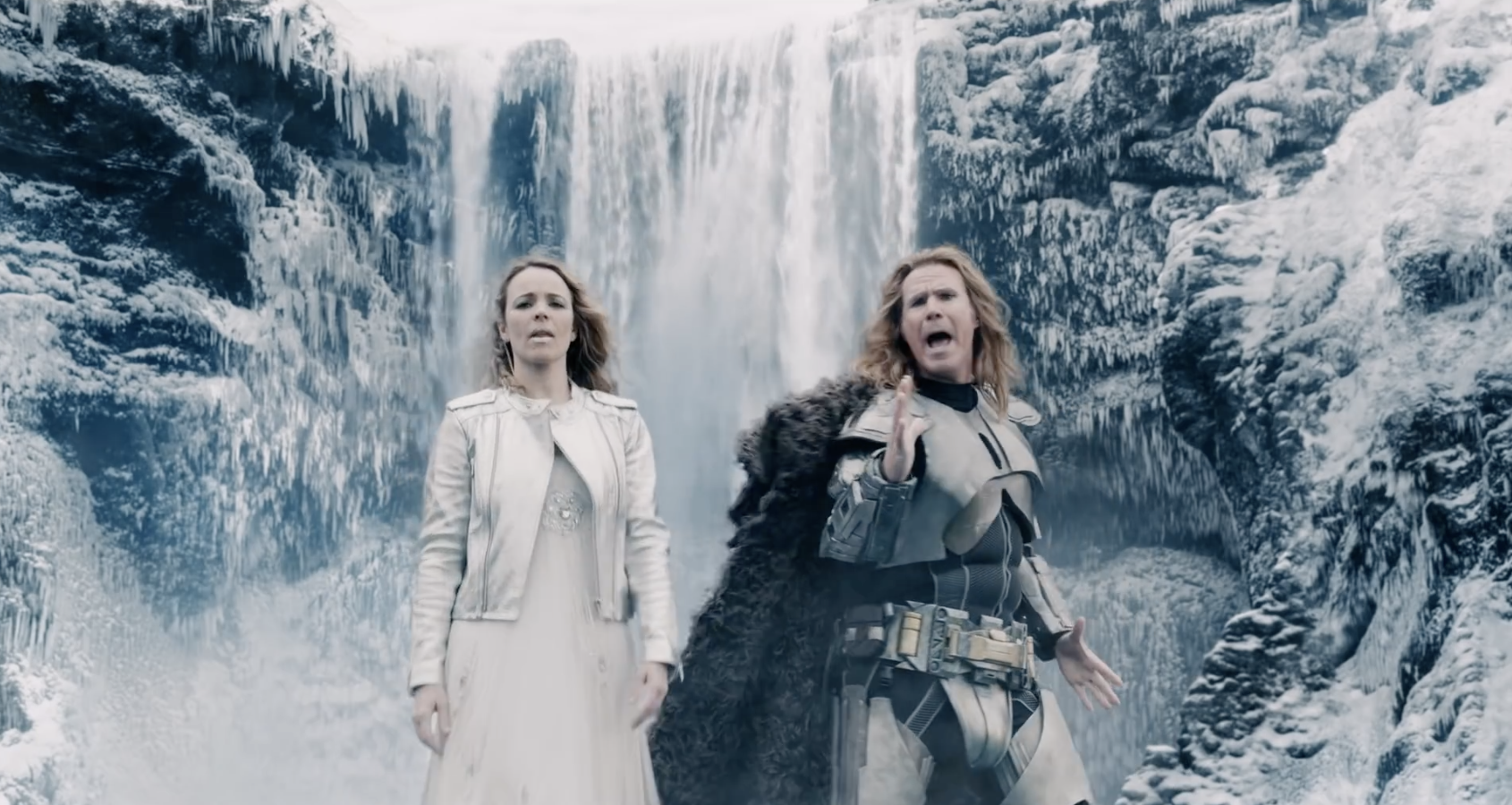 This weekend, Netflix UK & Ireland released a teaser for the upcoming film, Eurovision Song Contest: The Story of Fire Saga which features Will Ferrell and Rachel McAdams. In the teaser for the film, the two perform their song, “Volcano Man!”